Welcome to my blog !

SOME POST ARE TIME SENSITIVE AND MAY HAVE ENDED

SORRY YOU MAY MISS OUT!

Google Made them disappear without a trace!

Rap Genius Has disappear, vanished, Poof!! In an instant your there and the next second you can’t be found.

If you Google them they don’t show up anymore.

Is this an accident “nope” .These guy’s where naughty and arose Google’s ire by not following they’re terms of agreement of use of their products.

You can learn a lesson from their mistake .Don‘t try to game the system or you could be kick totally out of the game!

They are in talks with Google but sometimes when you do things that are not in the game book you get the ultimate penalty of being banned and if it was bad enough the ban could be a lifetime ordeal.

Saying you’re sorry sometimes helps but if it’s perceived as too little to late it might not be enough .Be sure to read the policies of the websites you use and be in line with their policies and terms of use just like you would when people use your site.

It’s not a good feeling when you’re used to goggling your site every day and one day it vanished. Playing games with SEO in the grey area will get unwanted attention from the search engines and you will end up in what is called the sandbox.

If you get put in the sand box your site still shows up but way down in the searches not even in the top 10 pages sometimes.

Conclusion : -Don’t get kicked out of the game be a good sport!

Google Made them disappear without a trace!
| Tags: a, disappear, found, game, Google, grey, Made, Rap, rap genius, sandbox, seo, them, trace, Website, without

This site uses Akismet to reduce spam. Learn how your comment data is processed. 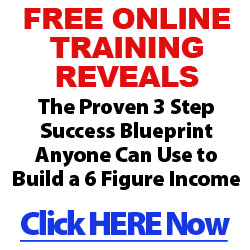 You should assume we have an affiliate relationship with our sponsors .